The gist of Ran’s quote that I referred to in the last post was really about Google Buzz, privacy and civic space, and only referred to physical workspaces as a metaphor… but even online, there are different kinds of privacy and public space. Bloggers enjoy the civic space of conversation in the blogosphere and willingly give up some privacy to be a part of that conversation.

I think the reason they are – and I am – willing to do that is that we imagine we have some control of what we reveal. At my work, I still often go to a private conference room to have a one-on-one chat or take a phone call that I want to be private. And I have 1-1 chats via IRC and Skype. And me and my team members move between the public and private frequently.

Bloggers do this with some fluidity on line, and this is what people give up as they become more and more famous, the ability to have flexibility in mixing their public and private spaces. In the age of vast databases, data mining, NSA wiretapping, and social networks like Facebook and Buzz, the question of what is private, what is civic space, and what is oppression and invasion is often not under our control. 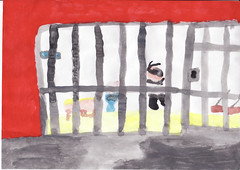 The problem with Google Buzz is not that it’s public or private – it’s that we can’t easily choose who to associate with, or easily choose what is public and private. I think this what Ran was getting at when he said, “I feel myself being dragged out to sea in a rip current of increasing complexity.”

That’s what I think Ran’s reader missed – people don’t always want privacy over open space. Privacy and social status aren’t the same. You can have privacy in a corner office or a jail cell, or give it up by sitting at a sidewalk cafe, being homeless, or being famous. It’s choice that matters. 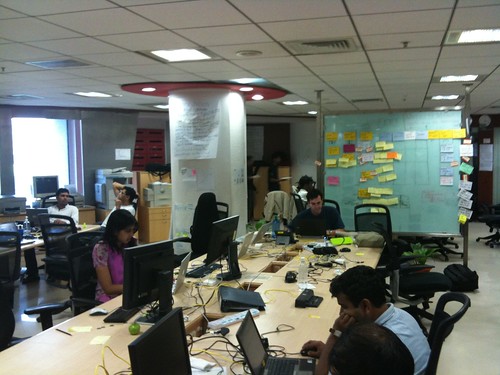 My idea for this blog is to participate in the discussion about creating a kinder, more gentle world. I’m passionate about creating enlightened society – one where people are effective at making each other happy, don’t coerce each other, and don’t hurt each other. I’m interested in creating happiness one-to-one, on teams, and on a large scale – at the scale of nations and worldwide.