This is part of a series of posts about building an Orone Mini, a Maple Mini clone that is designed to be easier to build by hobbyists. It primarily uses surface mount technology, and there are a couple of fine-pitch (0.5mm) devices, so it’s not easy to solder by hand. This means I need to use a solder stencil. 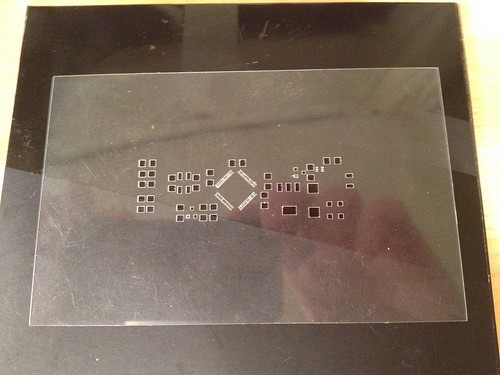 I want to make my own stencils, since I want faster turnaround time. But how to do it? Adafruit has a great tutorial on making SMT stencils, but the final output step uses a laser cutter. I don’t want to buy a laser cutter, since they’re in the thousands of dollars – making my own laser stencil cutter is cool, but right now I don’t have the time for it. Making aluminum stencils also sounds cool but I don’t want to mess around with muriatic acid and other chemicals each time I want to make one.

On Hack A Day I heard about using a vinyl cutter to cut stencils which linked to Peter Monta’s wonderful program gerber2graphtec.

This is a command line program that takes gerber files output by an EDA program (in my case, Eagle) and turns them into something that the inexpensive Silhoutte Cameo stencil cutter can understand. You can get more info on Peter Monta’s SMT Stencil Cutting blog post, or this one at DM Studios on stencil cutting.

Here’s what worked for me:

This is pretty much exactly as Peter Monta explains in his SMT stencil cutting blog post. I tried some of the other ways he thought might work – using the cutting mat instead of the full sheet label, or using spray-on removable adhesive. But these weren’t as successful – I think the Avery labels stick well and keep the plastic film from bending while the cutting is going on.

I’m on Mac OS X using Homebrew (rather than the MacPorts that Monta uses). Here’s the steps I went through.: 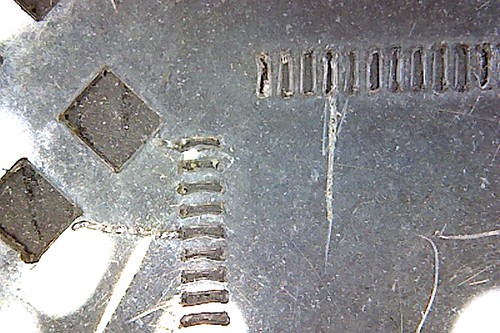 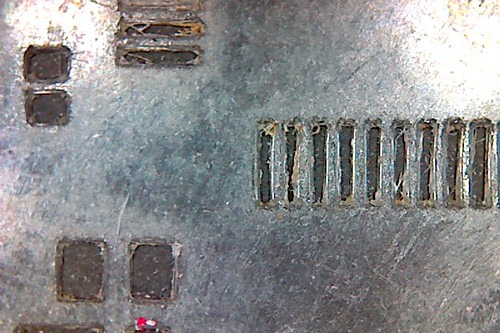 When I went to the 3-pass using a fresh sheet, my fine-pitch diagonal pads look like this too. Success!