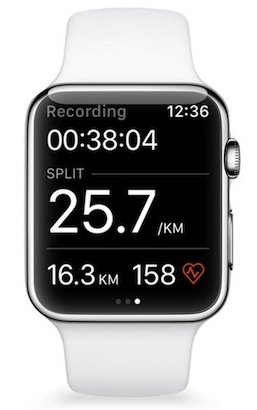 I have been running a fair bit lately – both for exercise and to care for my spirit. I’ve had an Apple Watch Series 2 for some time and in general been quite happy with it. It’s not really a watch, like the iPhone is not really a phone, but more on that some other time. I had the idea the watch might help me track my running better. I was using the Nike Running Club app for iPhone. But the Nike Running Club Apple Watch app was incredibly frustrating. It actually crashed the watch. Not once. Not occasionally. But often.

A friend pointed me at the Strava app for iPhone, which also has an Apple Watch app. Some say the Strava app is not very accurate. It’s accurate enough for me. It uploads data to Strava’s website where you can track your runs over time. And it has one key feature that I haven’t seen mentioned online: it never crashes. It’s rock solid.

Maybe people take that aspect for granted. It does seem like not crashing and certainly not crashing my device is a minimum bar for a key app that I’m going to spend time with. So coming from Nike Running Club, I was happy to find something more reliable.

Update: I switched to the Apple Workout app, since it’s improved a lot and in my opinion is now better than Strava.