Richard Hamming gave a talk on what it takes to be individually great. He says, 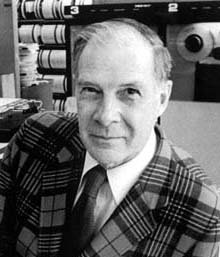 In summary, I claim that some of the reasons why so many people who have greatness within their grasp don’t succeed are: they don’t work on important problems, they don’t become emotionally involved, they don’t try and change what is difficult to some other situation which is easily done but is still important, and they keep giving themselves alibis why they don’t. They keep saying that it is a matter of luck. I’ve told you how easy it is; furthermore I’ve told you how to reform. Therefore, go forth and become great scientists!

It’s a long talk, but well worth reading. It does point the way for individual greatness. This is in reach of many people, although there currently aren’t many people who want to follow that path. But we do need a reliable way to produce greatness – great solutions to the many problems humanity is facing. But how?

The best idea I have is – that it’s through teams. Not just any team, but teams that can consistently produce great results or output the way the few great people do each generation. Hamming cites some great scientists, since that’s his field: Fourier, Ampère, Watt. Shannon, Fermi, Teller, Feynman. There are analogous teams. I will call these “multipersonal entities.”

This is a term originated by Jim and Michele McCarthy to describe teams that can aggregate the greatness of their members without being hindered by the non-great parts. Teams like this can also spread the personal growth that is necessary to be great among the team members, lowering the barriers to greatness. I was telling a friend about this, and he said, “It just sounds impossible.” But it’s not.

In a conversation today, Michele said, “I want team psychology to be as well understood and commonly used as individual psychology. I want it to be well known how to create great teams.” And I think she also meant, I want it to be standard practice that you use great teams to solve great problems, and standard practice to create them when you need them.

One of the characteristics of successful scientists is having courage. Once you get your courage up and believe that you can do important problems, then you can. If you think you can’t, almost surely you are not going to.

Therefore, go forth and become a great team!

(Thanks to Cal Newport for getting me to re-read this before I talked with Michele yesterday.)