Just finished my second Boot Camp at Grameen Foundation. This time most of the participants were from the software development team I lead at the Mifos Initiative. 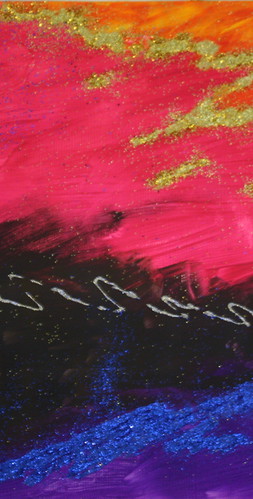 The training was fun and hard, we learned a lot, the work product was great, and we created an amazing amount of art, some of which you can see in the Grameen Foundation Boot Camp 2 Flickr photoset. The decisions have been fast and furious since then. I am starting to see that this is usual after achieving shared vision and getting immersive training in good self-care and decision-making skills.

For me, this Boot Camp was even better than the first one we did. That’s because it was my software development team that first supported me introducing the Core Protocols to Grameen Foundation, and none of this would have happened without them. They didn’t get to go to the first Boot Camp we held due to scheduling problems, so doing this training with them felt really good.

I was also able to let go a little more and learn more deeply. And I am learning things about myself that I am having a hard time coming to terms with. In the Tao Te Ching, it says,

In the practice of the Tao,
every day something is dropped.

It doesn’t say there how painful it is to drop things. Michele McCarthy said to me after one difficult interaction, “Oh, you want to heal people. That’s nice. Work isn’t about healing people, though.”

I know when I need to stop trying to do that – but so far I haven’t stopped in time. At least, I haven’t stopped in time to prevent damage or chaos or both. It’s conscious incompetence. In a way, Michele was saying, “It’s good, you can see it now, you’re growing.” But living with the mess – and knowing I’ll be creating more messes before I have control over this behavior – brings up anger, fear, and sadness. The BootCamp manual says, “While the ideas seem simple enough,
it can be very hard to personally carry them out.” Damn straight.