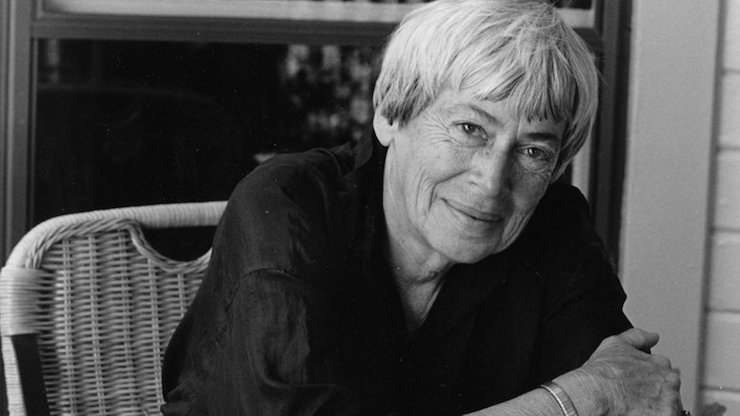 Ursula K. Le Guin died a few days ago. She was a hero of mine – someone I looked up to my whole life. I read her books as a child and as an adult. They expanded my mind and heart, helped make me an optimistic person, and made me interested in kindness. Jo Walton, author of Among Others, one of my beloved books, writes of Le Guin,

She widened the space of science fiction with what she wrote. She got in there with a crowbar and expanded the field and made it a better field…
Le Guin expanded the possibilities for all of us, and then she kept on doing that. She didn’t repeat herself. She kept doing new things. She was so good. I don’t know if I can possibly express how good she was.

I’ve returned to A Wizard of Earthsea so many times in my life. Ged’s struggle with his shadow, releasing it, the havoc it wreaks on his life, and then his quest to heal the wound really speaks to me and inspired me to heal myself. Her other books influenced me in similar ways. Like Walton, I don’t know if I can possibly express how good she was. In A Wizard of Earthsea, Le Guin says,

And he began to see the truth, that Ged had neither lost nor won but, naming the shadow of his death with his own name, had made himself whole: a man who, knowing his whole true self, can never be used or possessed by any power other than himself, and whose life therefore is lived for life’s sake and never in service of ruin, or pain, or hatred, or the dark. In the creation of Éa, the oldest song, it is sung,

Bless you Ursula, you made the world a better place.

(Le Guin’s review of Among Others)